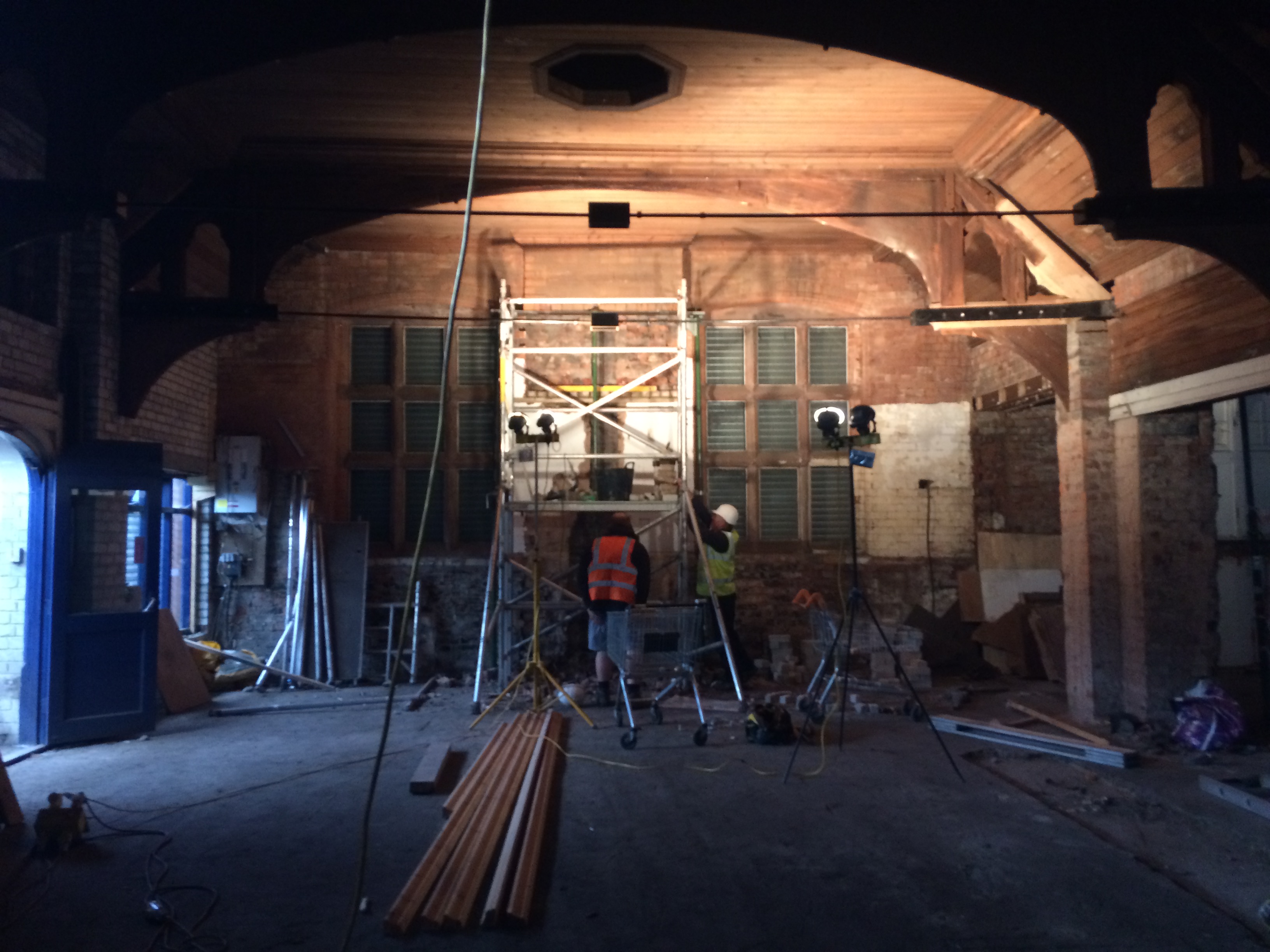 It’s been just over two whole months since the physical work began on the fix up of Station South. The builders and craftsmen, led by the hardy rugged legend of a site manager that is Steve (who deserves ALL the beers once he’s done btw) have been working tirelessly to ensure the first phase building works are completed on time and to the highest standard. We are well impressed with them!

The occasional fly-tipper, petty theft bandits and mindless intruder fiascos aside, (somewhat inevitable with a project of this size) morale is still high on the site in Levenshulme. We’re still raring to share the progress and we’re ‘on track’ to complete the roof works and essential brick repair part of the restoration. We’ve also had a ‘soft rip out’ of the internal building space which has exposed some of the amazing features, along with clearing some of the less well thought out modern additions by past tenants! Tsk Tsk, *rolls eyes.

It’s a daily learning curve for all involved and the continued support of the local community in Levenshulme for the project and building team on site has been really important for everyone, so thanks to all so far for helping us and chatting to us about the progress. Special mention goes to our business neighbours and pals at Trove for keeping us hydrated and full of cake for the past few months. Sadly, the extent of the dry rot and general rot from roof flooding has meant that a large portion of the original parquet flooring was unsalvageable, so we’ve cleared the entire floor to prep it and damp proof it to ensure it can be future proofed.

Luckily, we’ve managed to retain around one third of the beautiful parquet wood to create a central area in the main hall. Mark and Pauline had to move around 3000+ pieces from one side of the hall to the other last week. It was the dustiest game of endurance Jenga ever played in the baking 30 degree heat.

Dare we call it a future dance floor? Watch this space…

We have been so lucky to uncover the timber wooden frame to the original back glazed windows is still intact and in decent condition! This is a big win for us and the heritage aspect of the building restoration. It was a surprise to us and to the builders as it wasn’t highlighted in the initial conditional survey report and we had all assumed that it would’ve been lost and replaced with OSB boards.

Once restored fully, it will become an amazing glazed viewing platform onto the Fallowfield Loop for all to enjoy, with a tipple in your and or a scone in your mouth.Woo hoo! This is where the bar is going…

We’ve also revealed the beautiful red stone mullion window frames, which are in really good condition and been boarded up for some years, so really pleased to be able to show them off when we can get Levenshulme inside for a look around. One of the best things that’s been exposed at Station South is the giant original steel beam running along the ceiling, complete with sturdy big rivets, directly over what will be our future bar area. We’re really excited about sprucing it up and keeping the precision engineered steel on open view as a feature. A pretty big piece of Steel.

Those Victorians were a clever, industrious bunch!