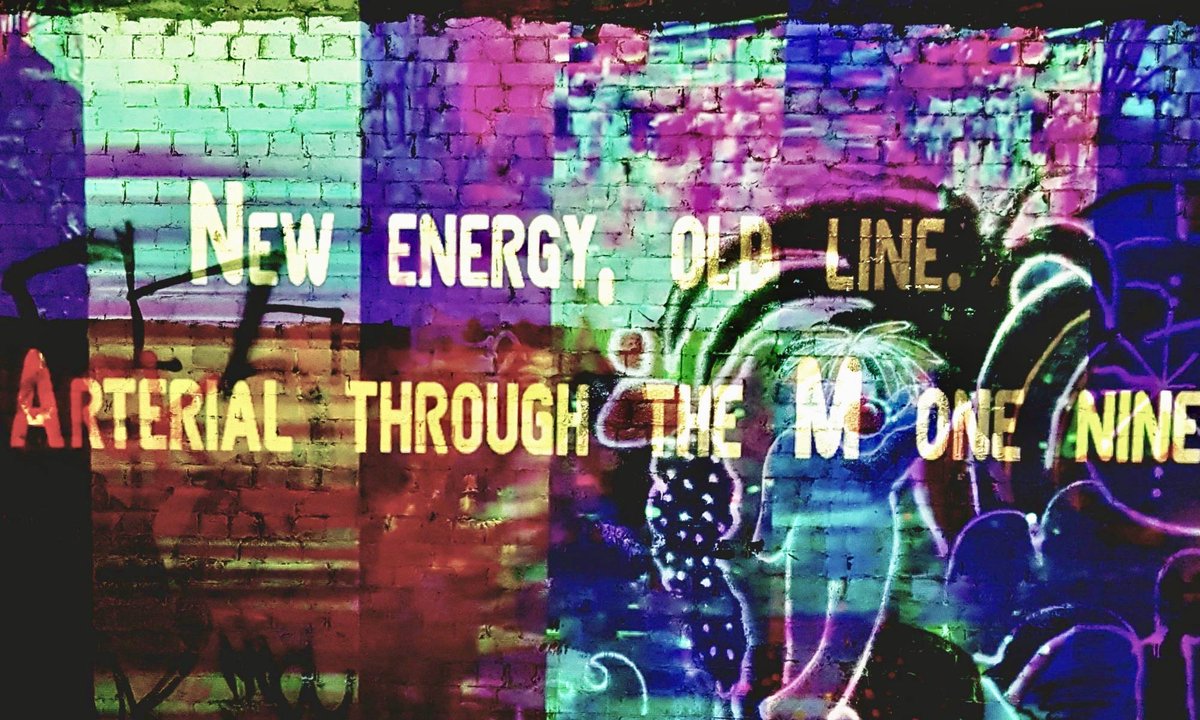 Out of Hours – A  two-wheeled dazzling disco shindig on the Fallowfield Loop.

Festival In My Neighbourhood In Levenshulme

Manchester International Festival extended their Festival in My House concept to incorporate larger scale ideas, inviting submissions from communities to curate, develop and deliver events which brought people together in celebration.

We decided we would love to create an experience of the senses blending art, music, community, food and cycling under the cloak of sunset and darkness on The Fallowfield Loop.

This was partly in response to the perception of what we deemed as a special community asset being portrayed as a ‘no-go area’ at the time. We wanted to reclaim the space for fun and light up the night with a bike infused disco. A year on from planning the idea, we made it real in September 2019 with with support from a great bunch of Station South volunteers, local artists and a great mix of the community up for a good boogie  (over 300 of them!). As dusk drew in, the Fallowfield Loop came alive with two Disco Bike Rides, lighting up the night with sound and colour as they roll from Chorlton and Abbey Hey to the Station South Tunnel in Levenshulme – recognising the joys, challenges and freedoms of cycling in our global city.

Out Of Hours – On The Night – Video

We invited along the amazing Loreto High School, who composed and performed their own song ‘Pedalling (On yer bike!). We had disco waiters from Levenshulme Runners and Lady Pedal serving out disco energy balls to the crowd, live graffiti art under the tunnel and a canvas for freeform art taking place too. An Ode To Cycling – A Crowdsourced Digital Poem

Local artist Kirsty Gbasai set the scene (on the big screen under the tunnel) with a curated poem.  She asked people to contribute to and added visuals to the words. Here’s the lasting legacy of the poem. Live soundtrack on the evening from Levy locals Escape From the North helped set the mood.